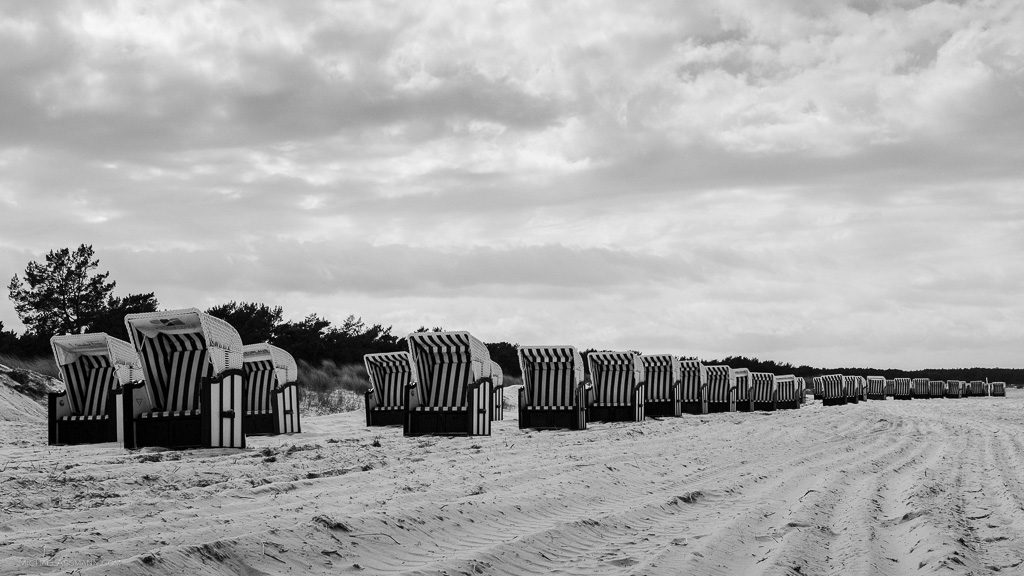 My family and I have used a recent public holiday to spend a few days at the Baltic Sea, on the Darss semi-island. We had rented the place a couple of years ago several times, but due to our stay abroad this has now been like another first time. How good it was to see that things haven’t chanded too much! (We had been afraid that the area would have become more commercial than it was already.)

As our kids are at school age this was also the first time for long that we were going there ourside the regular holiday season. As a result there were way less people on the beaches than we were used to see during vacation time. You couldn’t actually call the place empty, but there were many opportunities to shoot the landscape without people, and that’s what I had in mind. In anticpation of the images that I wanted to make I had brought the X100F and the X-T1. Together with the XF 14mm and XF 56mm lenses I had sufficient variety in focal length to experiment. Unfortunately the new filter set had not arrived in time to be with me 🙁

Walking the beach several hours every day I have used the time to play with perspectives and light. As you see from the images presented here I really enjoyed the contrast of light and shadow. The new ACROS+R film simulation did it’s best to support for the results. I wanted to work on simlifying my compositions. Now I have now many ‘sketches’ (that’s how I learned  to call them from David DuChemin) and look forward to returning to the place later this summer. The last two shots are from the final evening when a sailing ship was stopping by at the pier. It seems you can actually join the crew of the Albert Johannes on their journeys. Well, that may be one of the future photo opportunities …