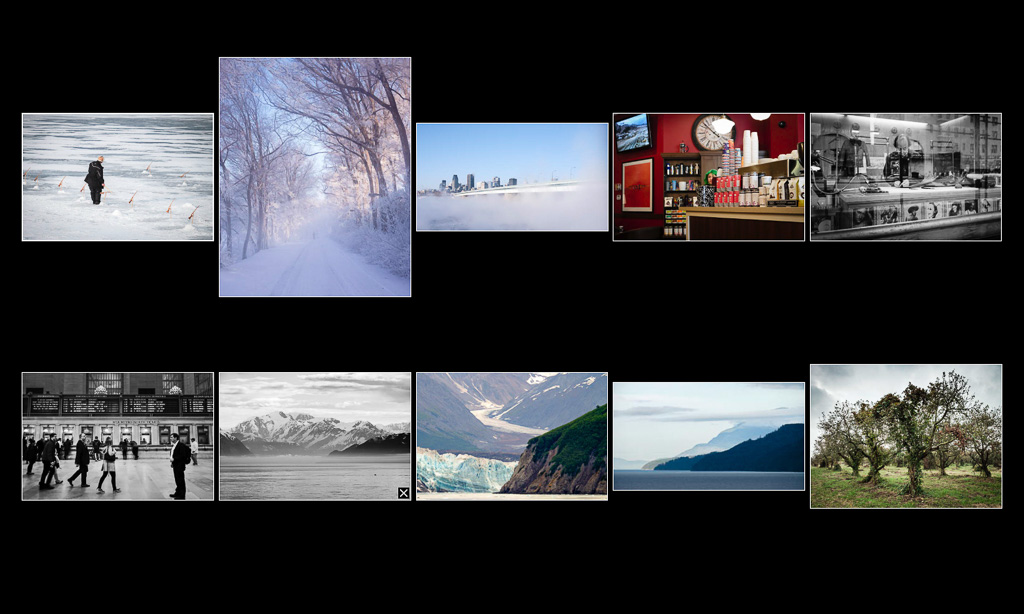 After I had published my post on the 2017 top ten photographs a friend asked me to also show the top ten images of 2016. As I have mentioned in the 2017 post, I was less disciplined to select and publish my favourites in the past years, but based on the request I’ll present them now.

2016 was a year that brought changes for me and my family as we move back to Berlin after having lived in Canada for a number of years. When the container with our stuff was loaded and the keys for the house were handed over to the landlord we had about 6 weeks to spend before our possessions would arrive in Germany. We used the time to explore the west of Canada and made a roadtrip from Calgary to Vancouver that included the Rocky Mountains, a cruise to Alaska and a stay on Vancouver Island. My wife and I had dreamed of this for long and it was a worthwile conclusion of our time in this beautiful country.

Challenges from a dream roadtrip

Photographically speaking this tour was overwhelming with the amount of nature and wildlife presented to us. Each stop offered more than enough opportunities for beautiful photographs, and there are only so many images you can take. As a result we keep today way more pictures in our memory than we have taken with the camera. Still there were hundreds that we have printed and shared with friends since.

Due to this overwhelming experience I was faced with a challenge when selecting the top ten images for 2016. All of the nominationes could easily have come just from this trip. However, this would not have been a good reflection of all my other projects during the year.

I started with about 80 images from my whole 2016 catalog of which eventually only 14 came from the roadtrip series. 11 made it to the second pass and 3 are a contained in the final top ten.

I am happy that other photographs have made it into the final selection. Among them are three images from another cold winter in Montreal that presented itself with so many faces. The one image taken in a coffee shop during Saint Patrick’s Day is today on our kitchen wall in Berlin. Two photographs represent a more serious entry into street photography; both have been taken in New York and are dear to me. The last image of the selection was taken not far from our new home in Berlin and is my continued attempt to find beauty in nature, even if influenced by man.

Thank you for coming by and having a look at the images. Feel free to contact me for comments.